Short path evaporator is set up as a monument 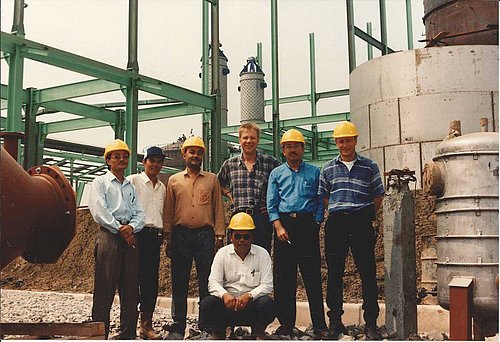 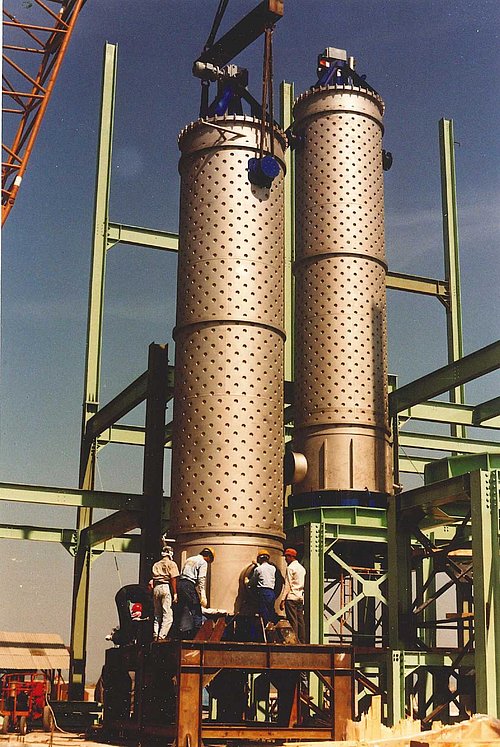 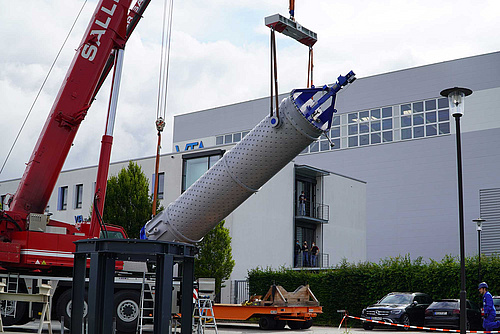 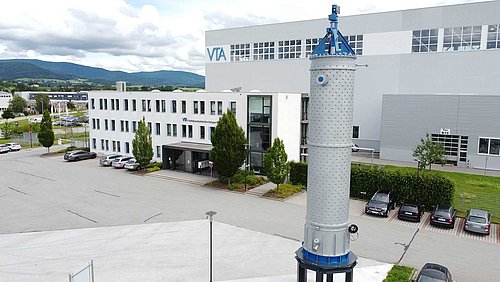 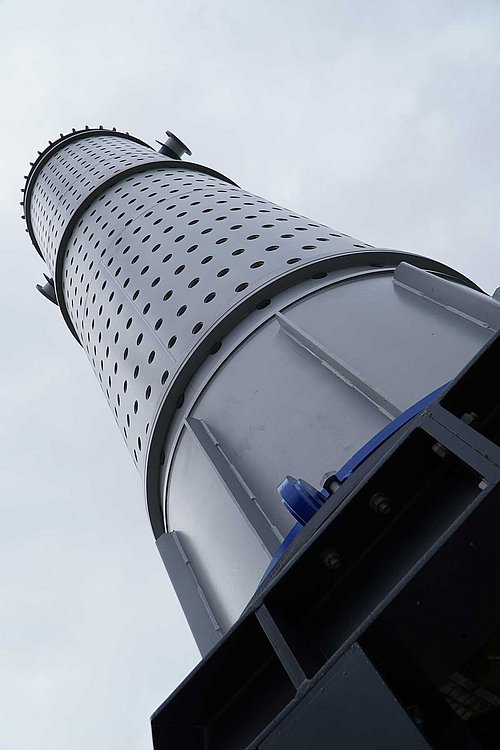 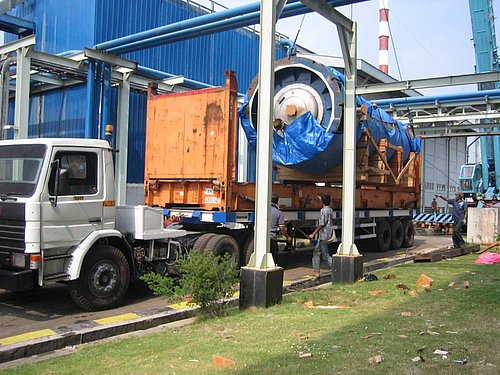 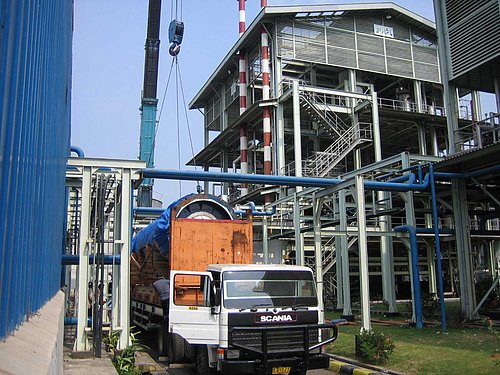 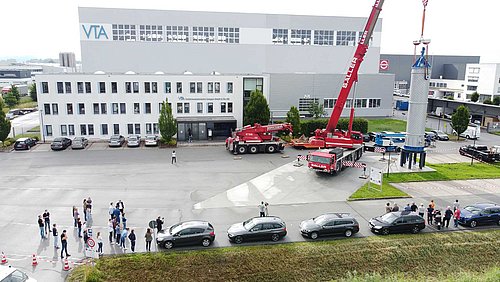 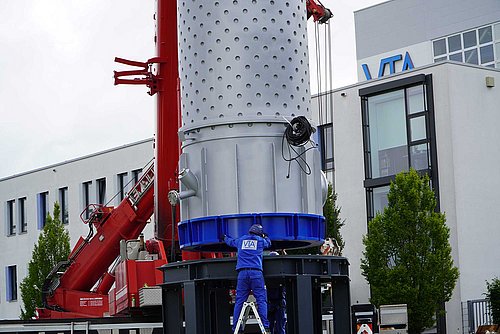 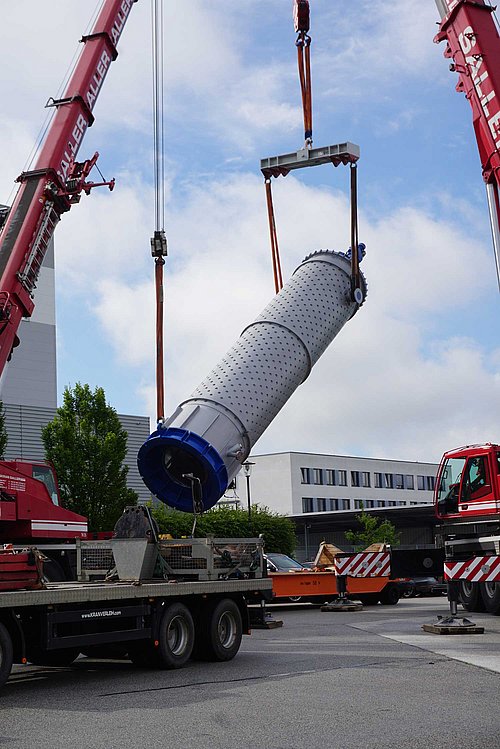 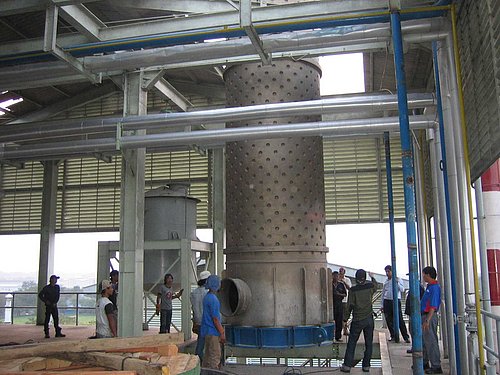 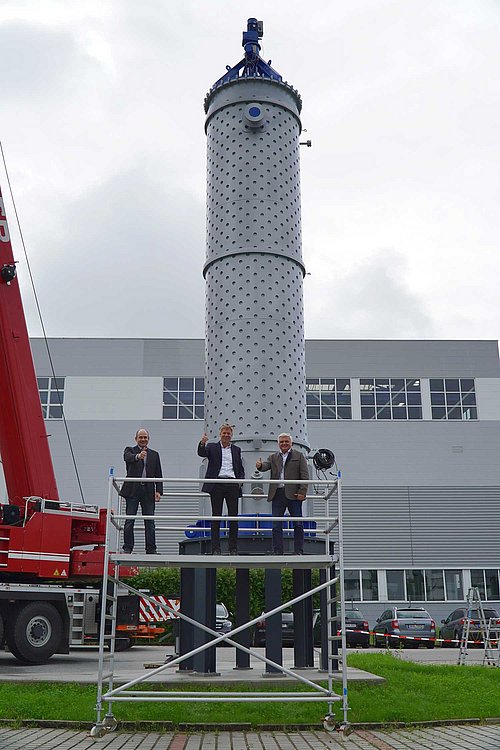 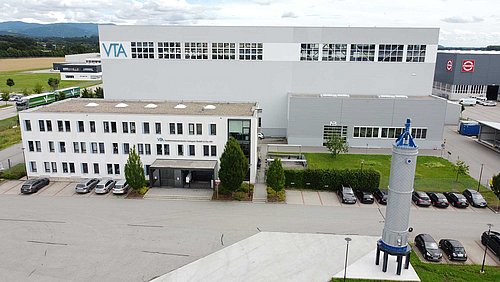 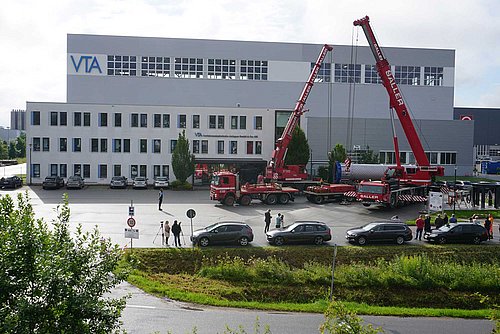 On Thursday (July 15, 2021) an evaporator with an interesting history was set up as a technical exhibit in front of the VTA office and factory building in Niederwinkling (Germany). With a height of almost 12 meters and a weight of approx. 30 tons, the apparatus is one of the largest short path evaporators ever manufactured and was also one of VTA's first projects.

Shortly after its foundation in 1994, VTA has been assigned with the process engineering as well as the supply of the main components of a short path distillation plant for the thermal deacidification of palm oil. The end customer was a manufacturing company on the Indonesian main island of Java. The task was to produce red palm oil: the difficulty was to separate the free fatty acids from the palm oil without separating the carotene, which gives the palm oil its red color.

The main components were two short path evaporators (type VK 2000-5000) with a surface area of 50 m² and a heated length of 8 m. What made this project special was that no evaporator of this size had been manufactured before. The high-pressure steam heating with 35 bar saturated steam was very challenging to the engineers at that time, since a special heating jacket structure is required for an inner diameter of 2 m. In close cooperation with the affiliated company STREICHER Maschinenbau in Deggenau (Deggendorf, Germany), the challenge was accepted and the project was successfully implemented.

The evaporators and other components were assembled in Indonesia in 1997, but due to the political situation in the country, the plant could not be put into operation until 1999. Since then, the plant produced deacidified palm oil until 2005.

In 2007, the main components of the plant were repurchased from VTA and shipped to Germany. After the arrival in Niederwinkling, the two evaporators were stored and offered for sale again. One apparatus was delivered and commissioned as part of a complete industrial plant to a company in central France, where it is used to produce biodiesel. The second evaporator had been stored on site since its arrival in 2007 without further use.

Due to the historical relevance of the apparatus, it was decided to put up the technical masterpiece as a monument in front of VTA's office and factory building in Niederwinkling (Germany). The apparatus was mounted on a steel construction to make it accessible from below. In addition, it will be equipped with lighting to examine the inner parts of the evaporator and to understand the mode of operation.

Oliver Stoll is proud to present the unique piece here at VTA's headquarters:

"The evaporator is a technical masterpiece. It is very special to set it up here. For our employees and customers from all over the world, the evaporator is a demonstration of the technology, experience and quality we have now been supplying for more than two decades."

For the best possible user experience, we use various services that use cookies and similar technologies. Some services are technically necessary and are providing basic functionality for this website. Others are used to analyse and improve your user experience or to provide you with certain services. For these services we need your consent, which you can withdraw at any time. Find more information regarding cookies and external content on our Data Protection Declaration and regarding us on the Legal notice.